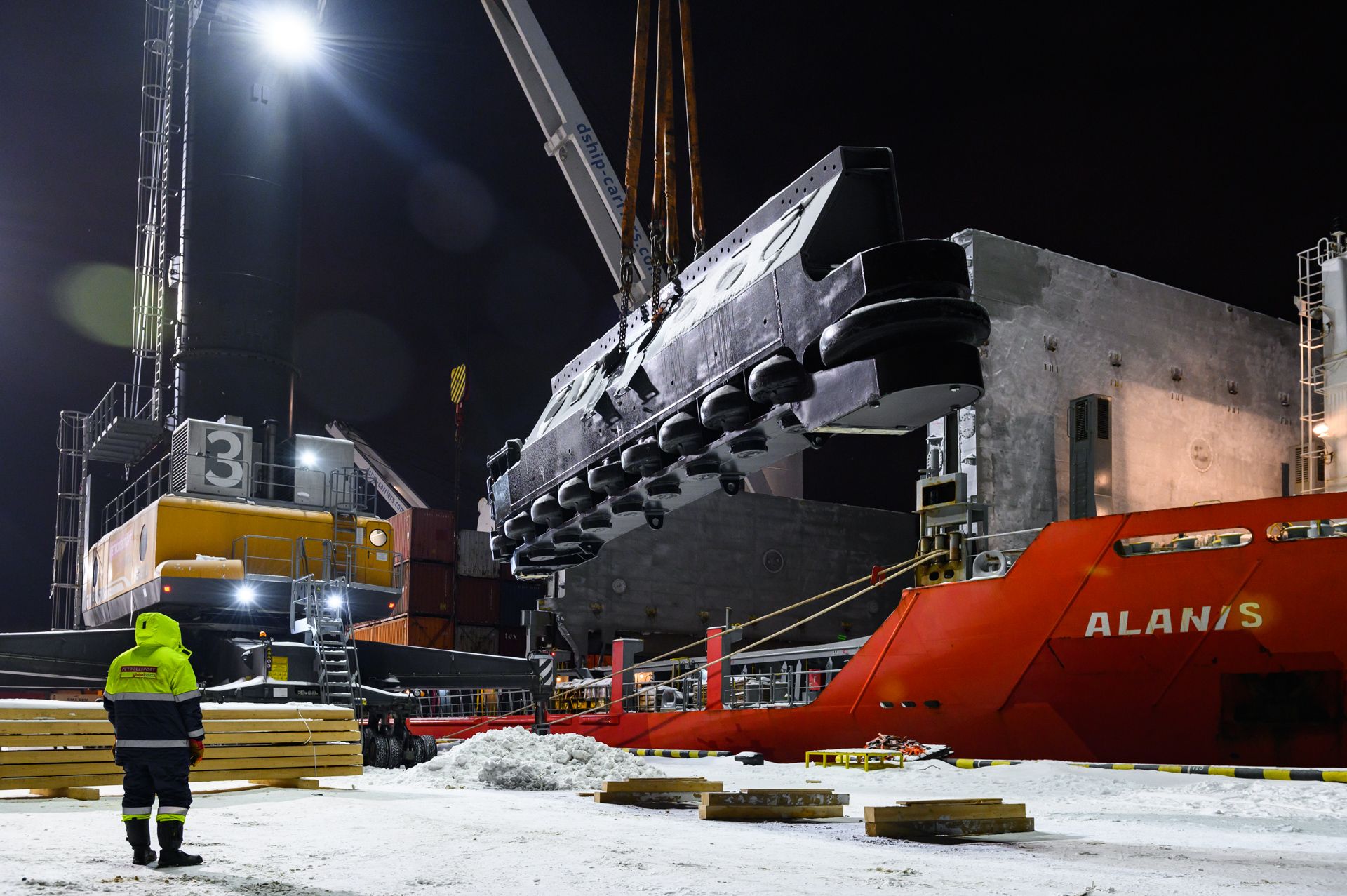 The first mining shovel made by IZ-KARTEX for the largest coal-mining company in India, Coal India Limited (CIL), left Russia. The machine has been manufactured and supplied in record-breaking time: less than six months.

The EKG-20 is supplied under the contract for the supply of 11 machines with the bucket capacity of 22 cubic meters and spare parts for 8 years from the date of commissioning of the first machine. The contract was signed between IZ-KARTEX named for P.G. Korobkov (a member of UZTM-KARTEX group) and CIL in July 2021.

The shipping of the first machine to the customer commenced in December of the previous year. On January 8 the cargo ship departed from St. Petersburg port.  She will arrive to the port of destination, Kolkata, in 55 days. The commissioning of the machine is planned for the early June 2022, and the whole lot of the equipment shall be delivered by 2023.

The EKG-20 is a serial-produced machine designed by IZ-KARTEX. However, according to the lead project designer Andrey Emelianov, several changes have been implemented in the design of the machine to cater for the needs of the customer.  The changes included the increase of the bucket capacity as per the PCSA standard (up to 22 cub. m); automatic supply of lubricant from the revolving frame to the carriage; and adaptation of the whole electrical part of the machine to specific climatic conditions of the operating site: temperature of +50 Centigrade.

It is a second contract signed between IZ-KARTEX and CIL for the last 10 years: the factory, located in St. Petersburg, supplied four EKG-10 machines under the contract signed with the Indian customer in 2013.

Unique equipment made by UZTM is tested at Gaiskiy GOK
Uralmash – Mining equipment will manufacture a converter for UMMC
UZTM is getting ready for the reconstruction of an induration machine of Metalloinvest.
The reconstruction project of the induration machine complex at OEMK reached the erection stage.
UZTM enters new market of equipment for nuclear industry.
IZ-KARTEX starts supplying excavators to India
Crusher made by UZTM is commissioned at SSGPO in Kazakhstan