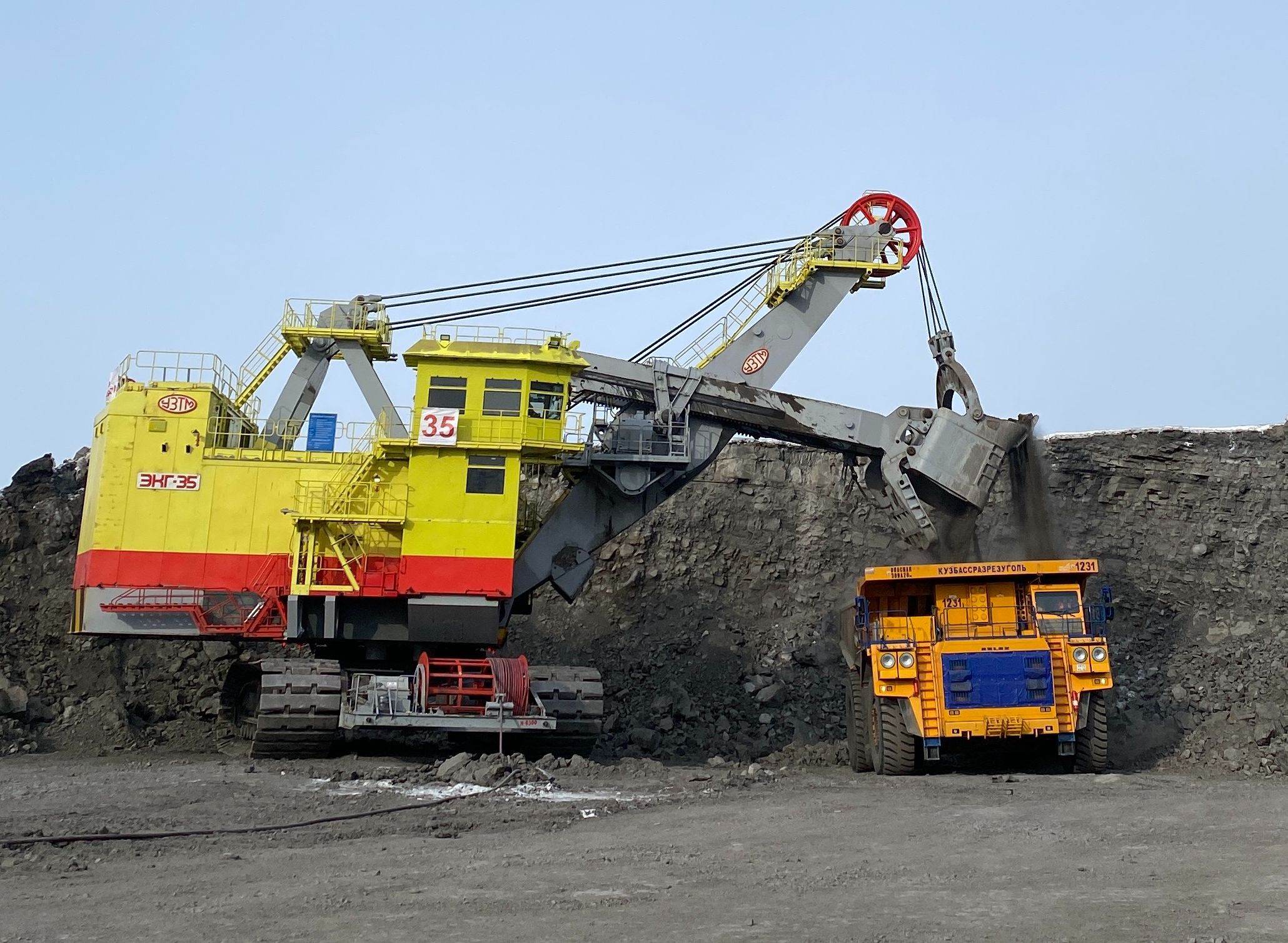 Kuzbassrazrezugol Coal Company (an enterprise of UMMC raw materials assets) put into operation an upgraded shovel EKG-35 at the Kedrovsky opencast coal mine. This is the most powerful machine among the electric mining shovels produced by Uralmashplant (aka UZTM, forms part of UZTM-KARTEX Group).

Kuzbassrazrezugol Coal Company (an enterprise of UMMC raw materials assets) put into operation an upgraded shovel EKG-35 at the Kedrovsky opencast coal mine. This is the most powerful machine among the electric mining shovels produced by Uralmashplant (aka UZTM, forms part of UZTM-KARTEX Group).

According to Igor Kirilov, head of the electromechanical department of Kuzbassrazrezugol Coal Company, EKG-35 No. 2 passed load tests and was accepted for commercial operation. "It demonstrated good performance and now starts out to its coalface," says Igor Kirilov.

The joint group led by Sergey Paramonov who was then at the head of Kuzbassrazrezugol substantially improved the design of the machine based on operational experience of the first shovel and replaced critical units with more reliable ones.

"We put a lot of joint effort and brought the most powerful Russian mining shovel to the market; the equipment incorporates the best engineering solutions. We got support of Kuzbassrazrezugol at all stages of work – from shaping ideas to testing of EKG-35 at the production site," says Yan Tsenter, CEO of UZTM-KARTEX Group.

According to Yan Tsenter, UMMC is not only the most important consumer of machinery produced by the enterprises of UZTM-KARTEX; first of all, the company is a reliable partner, which takes part in development of equipment, provides sites for testing prototypes of new machines. "We thank Andrey Kozitsin, general director of UMMC, and Igor Kudryashkin, commercial director of UMMC, for their confidence in the potential of the domestic producer, for support of all our new projects going through the years. This allows the domestic machine building to advance, produce up-to-date reliable equipment as good as foreign analogs, and maintain the employment level," says Yan Tsenter.

At present, Uralmashplant ships the third EKG-35 to Kuzbassrazrezugol; this machine will work at Krasnobrodsky opencast colliery.

Unique equipment made by UZTM is tested at Gaiskiy GOK
Uralmash – Mining equipment will manufacture a converter for UMMC
UZTM is getting ready for the reconstruction of an induration machine of Metalloinvest.
The reconstruction project of the induration machine complex at OEMK reached the erection stage.
UZTM enters new market of equipment for nuclear industry.
IZ-KARTEX starts supplying excavators to India
Crusher made by UZTM is commissioned at SSGPO in Kazakhstan