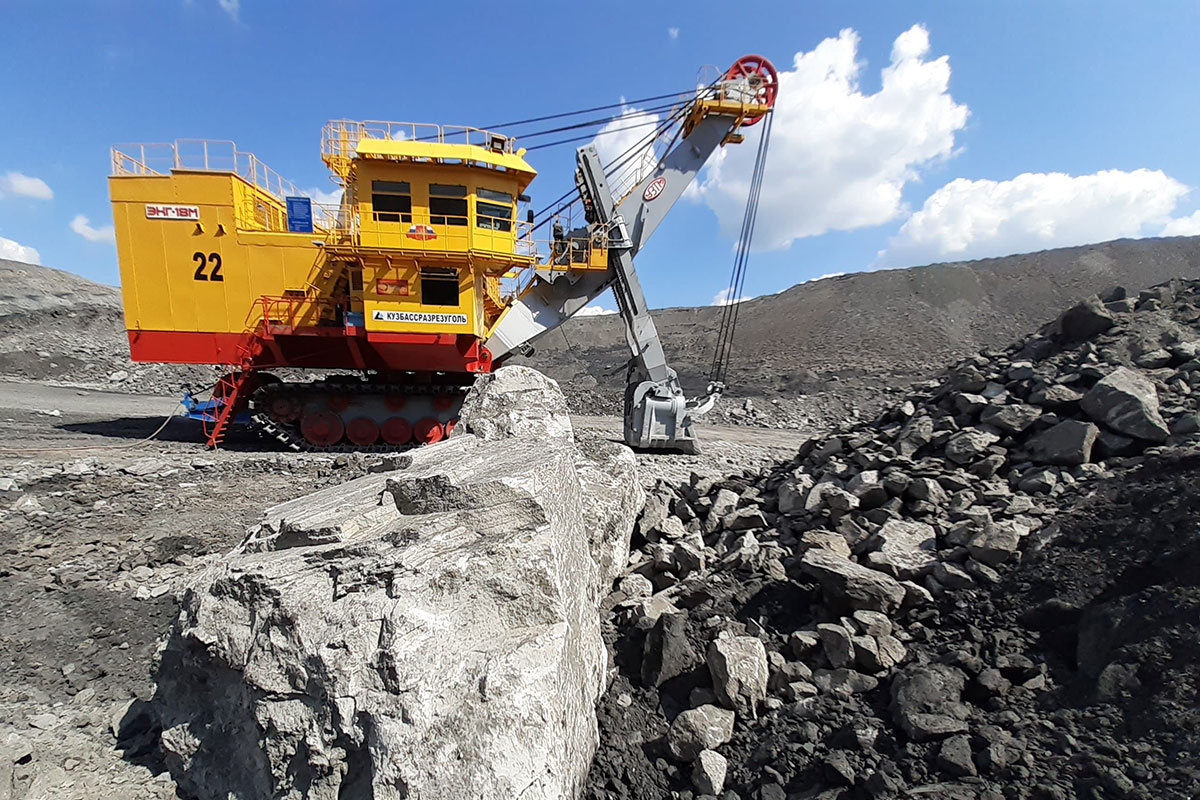 Kuzbassrazrezugol Coal Company (an enterprise of UMMC raw materials assets) put into operation a new domestic shovel EKG-18M at the Kedrovsky opencast coal mine. This is the second machine of the upgraded series produced by Uralmashplant (UZTM). On May 19, 2020 the first EKG-18M in Russia, which got number 300 in honor of the upcoming 300th anniversary of the discovery of Kuzbass, was formally commissioned at the Bachatsky opencast coal mine.

When creating this upgraded model, the company drew on the nine-years' experience of operating the previous series EKG-18 at the Kuzbassrazrezugol. Today, ten such excavators operate at the company.

The changes aimed at improving machine reliability, service life and operating safety were made in most of the main components, structures and systems of the shovel.  EKG-18M has an upgraded mechanism of bucket door opening, enhanced design of the boom and undercarriage, better tightness of the housing, more convenient conditions for the operator, a multi-camera CCTV system, information and diagnostic system, combined automatic fire fighting system made in Kuzbass.

"Each shovel is unique to some extent, as we are constantly changing its design and are working in a close contact with the manufacturer. EKG-18M operated at Kedrovsky also differs from the Bachatsky one," comments Roman Sivtsov, head of department, Equipment Maintenance, Kuzbassrazrezugol. "This time, we got some new technical advances that improve the tightness of the housing and collection of spent lubricant from the hoisting cable. These improvements were proposed by the miners, who are going to work on this machine."

The second EKG-18M was entrusted to the crew of Andrey Yegorov who became the best operator of excavators with bucket volumes up to 18 m3 at the Kuzbassrazrezugol professional skill competition-2020.

By the end of 2020, the Coal Company plans to put into operation three more machines EKG-18M: two at the Bachatsky and one at the Kaltansky opencast coal mine.