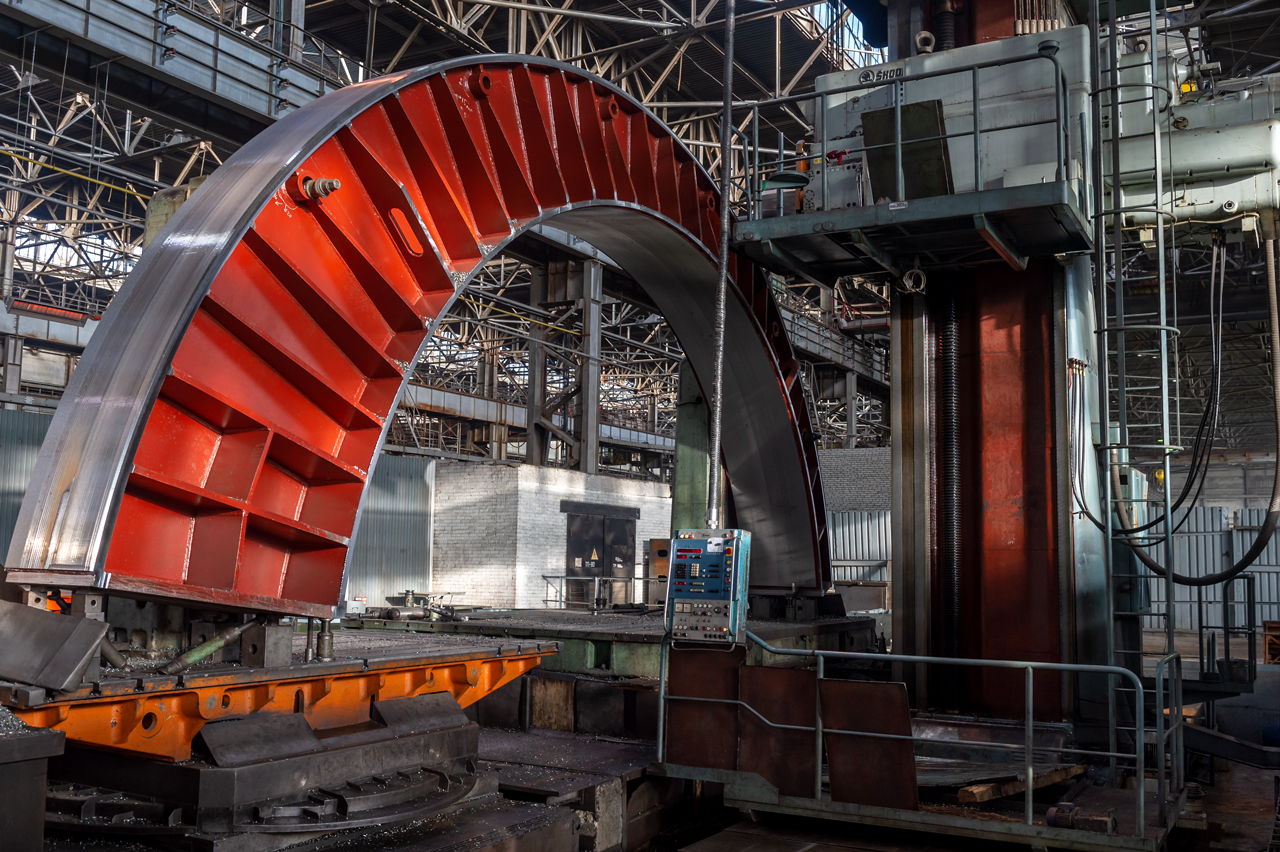 Uralmash - Mining Equipment LLC (a subsidiary of Uralmashplant, Orsk) successfully completed the last stage of the fit-up assembly of a 1300 ton-capacity stationary mixer for EVRAZ ZSMK. This is the first equipment of this type that was designed and manufactured at Orsk facility.

The fit-up assembly of the mixer designed for storing cast iron and for averaging its chemical composition and temperature included two stages: the testing of the mixer roller support in the end of December and the assembly of the shell in witness of the customer in the last week.  According to Maxim Yumatov, Chief Designer of Uralmash-Mining Equipment LLC, the factory acceptance procedures were successful and now the company is preparing the equipment for shipping.

Under the contract with EVRAZ ZSMK, the enterprise designed and developed the entire complex of necessary equipment.

“Designers of the compeny developed a reinforced roller support for the new mixer; in particular, they revised the design of the rollers, and also designed quick-wearing parts made of non-ferrous metals. The company also implemented a lubrication system and made the mixer spout more convenient for operation. These innovations will increase the service life of the equipment and its reliability”, notes Maxim Yumatov, Chief Designer, Uralmash- Mining Equipment.

The Orsk plant has already started the production of another stationary mixer of 130 ton capacity for EVRAZ NTMK; at the same time designers design a travelling mixer MP-600 for Magnitogorsk Metallurgical Plant.