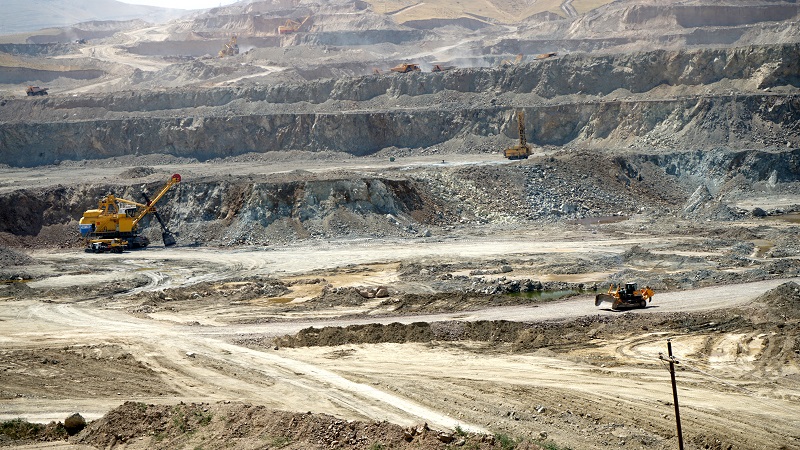 Consortium of Enter Engineering (ЕЕ), leader in industrial building construction in the market of Central Asia and Russia, and "Uralmashplant" JSC will build an ore mining and processing plant in Uzbekistan. Yesterday representatives of the alliance between the companies signed an agreement with Almalyk Mining and Metallurgical Combine (AMMC), the major producer of cathode copper in Uzbekistan.

Alfonso Samonte Tengko, an authorized representative of Enter Engineering, and Yan Tsenter, CEO of UZTM-KARTEX Group, signed an EPC contract for engineering, procurement and construction of a copper-concentration complex in the city of Almalyk (MOF-3), on behalf of the consortium. The total value of the contract is US$ 2 billion; the project will be completed in 2023. On behalf of AMMC, the document was signed by Bakhodirzhon Sidikov, director of the project office for the implementation of the investment project "Development of the Yoshlik-1 deposit".

According to the document, Enter Engineering and Uralmashplant will jointly build a turnkey plant at Almalyk MMC: EE will carry out the design and construction of the facility, and UZTM will supply full range of process equipment. UZTM plans to manufacture over 100 pieces of equipment for MOF No. 3 with a capacity of 60 million tpy, including large-capacity mills, crushing and handling plants, secondary cone crushers, press-rolls, screens of various types and other equipment.

“Almalyk MMC implements an investment project “Development of the Yoshlik-1 deposit”, which will significantly increase the volume of ore mining and processing, using modern technologies. With the start of ore mining from the Yoshlik deposit and its subsequent integration with the existing Kalmakyr open pit, this deposit will be become of the largest in the world. In fact, the signed contract is the most important step in the implementation of the entire project,” says Bakhodirzhon Sidikov. According to him, the choice of consortium for the performance of the contract was based on its competitive advantages in terms of cost, plant commissioning period and conditions of financing for the entire value of the contract. When evaluating the proposals, the company also took into account the possibility of local labor force intake by the consortium, local manufacture of spare parts and materials for the equipment at the Central Repair and Mechanical Plant of Almalyk MMC JSC.

“For five years, the designers have been developing new unique machinery, improving existing products in order to provide our customers with equipment that fully meets their needs. Today Uralmashplant supplies the mining equipment market with modern high-tech machines that are in no way inferior to the best foreign counterparts, and surpass them in some parameters. This allows us to participate in the largest mining companies' projects,” says Yan Tsenter.

The construction of a concentration plant at Almalyk MMC is the first joint project of UZTM-KARTEX (incorporates Uralmashplant and IZ-KARTEX) and EE. In the future, the companies within the framework of the created association plan to participate in the construction of other facilities both in Central Asia and in Russia.